When it comes to securing valuable assets, critical infrastructure, commercial or industrial sites, there’s a great deal on the line and no room for unnecessary risks or mistakes. With a burglary occurring in Europe every 1.5 minutes, it’s essential to take the necessary steps to avoid theft or damage to goods and property. So, what is the most effective way to secure your site?

Security is all about minimizing risk by combining different technologies to create layers of defence against potential intruders. For example, instead of only having a sensor by an entry point such as a window or door, wouldn’t it be better to spot intruders from further away as they approach the building? Or even better when they’re loitering by the perimeter about to make their move? By adding these extra layers, you allow more time to detect and react to an intrusion and consequently prevent any potential damage or theft from occurring.

We define these layers in a multi-layered security system as the perimeter, approach and building boundary, each with an equally important role to play in detecting a likely security threat. Often, intruders may come in groups and target different areas of the site to overwhelm existing security systems. By having sensors in each of the three zones, it is much easier to detect intruders and track them as they move around the site, whether it may be close to the building or by the perimeter line.

Using a multi-layered approach, the security in the perimeter zone is used to give a warning of suspicious activity and is essential for early detection of an intrusion. There are many perimeter security solutions out there but it’s important to choose the best one for your site. We’ve narrowed it down to three key factors to consider: the size of the perimeter; type of perimeter (fenced or open perimeter); and the level of technology intelligence needed.

In large, fenced perimeters, fibre optic technology would be a perfect security solution as it can be fence mounted and protect perimeters of up to 100km. In detecting any attempts of climbing over or under the fence or trying to cut or break it, a fibre optic system combined with zone detection means you can find the location of where a break-in is being attempted.

Another technology suitable for the perimeter line is LiDAR which works by creating a virtual layer either on top of the fence or creating a virtual perimeter when there isn’t a physical one. Laser detectors such as the REDSCAN Pro and REDSCAN Mini can detect the target size, distance and speed of movement of an object allowing security teams to pinpoint the location of the intrusion. Independent detection zones can be configured and alerts can be based on different logic or criteria such as the target size, direction of movement, etc.

On the other hand, if we consider a site with no physical perimeter then the use of Active Infrared (AIR) Beams would be ideal for creating a virtual beam perimeter, invisible to the naked eye. The same can also be done with the LiDAR sensors.

The second part of an effective multi-layered security system relies on securing the approach which is crucial for tracking the movements of intruders that have broken through the perimeter, so that you are best able to act and pre-empt their next move.

Strategically placed long-range PIR detectors such as the REDWALL series can detect an intrusion even in harsh weather and uneven terrain and direct the cameras to monitor the exact events as they happen, trigger security lighting and alert monitoring stations of the imminent security threat. Some models have up to three zones including a near and far area and some come with a ‘creep zone’ which detects movement directly under the sensor.

The roof and building

The final outdoor layer of a multi-layered system should aim to detect movement near the building and further track intruders as they attempt to break into the building. The security in this layer should cover all possible entry points including the roof, skylights, walls, doors, and windows to ensure that the building and valuable assets are protected.

There are many great options for protecting the exterior of the building and there are a few factors to consider when choosing which technology or combination you should choose. The roof can often be one of the most overlooked areas for protection and be an attractive choice for intruders, especially buildings with skylights. LiDAR technology such as that of the REDSCAN Pro and Mini offer zone detection and reliable performance, even in challenging weather, which can make them the perfect solution for roof protection even if exposed to direct rain or sunlight.

In some cases, especially in sites with very high value items, intruders may try to break through a building wall. With the use of wall-mounted fibre optics technology you can detect drilling or digging. Another way to protect the building façade is by using IR beams such as the AX Series which can protect boundaries and alert of anyone attempting to climb up a wall to the balcony or window. In addition, to protect windows and detect anyone trying to peek through or sneak in, narrow PIR curtain detectors such as the BXS and FTN are the perfect choice and also come in wireless models.

As the saying goes, don’t bring a knife to a gunfight… and don’t rely on a single form of security when you can have a reliable multi-layered system.

Physical security for airports: a challenge solved by different technologies

Airports face many security challenges, from airfield safety to monitoring of car parks and controlled access into restricted areas. Our sensing technologies have been successfully deployed in many airports to help operators be alerted of any incidents and track persons and objects.

Detecting if a person is standing close to the wall, window or doors can give an early alert of the threat and trigger lights, cameras or audio warnings which can help deter the intrusion and avoid any damage to the property or assets. There are a number of technologies available to protect facades. 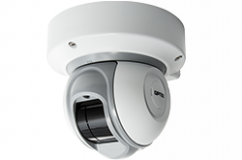 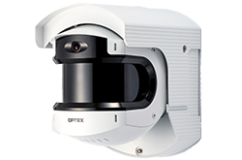